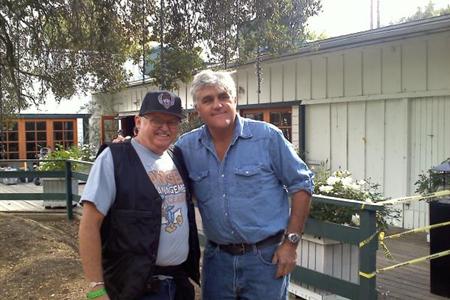 My Life So Far

I was born February 5, 1953 in Waco, TX at James Connally Air Force Base since my father was in the Air Force. Between 1953-1969 I lived in Fort Worth, TX and in CA I lived in Hayward, Mountain View, Sunnyvale and Cupertino. I have a younger brother who is married and lives in Canyon Country.  I lived in Northern California and Texas until I was 16 when we moved to the San Fernando Valley in Los Angeles area.  1971 I graduated from El Camino Real Hight School in Woodland Hills with Honors. 1974 I graduated from Los Angeles Pierce Community College with an Associated Arts degree. For 8 years (1975-1983) I was in the U.S. Navy.  I did Boot Camp in Great Lakes, IL and 6 months as Company Commander Assistant training 2 companies (1975-1976).  Next I was stationed on board USS DULUTH (LPD-6) in San Diego, CA (1976-1979).  On the WESTPAC I went to Hawaii, Okinawa, Subic Bay (Home Port) & Dumaguete, Philippines; Sasebo, Japan; Busan, South Korea; Taipei & Kaohsiung City, Taiwan and Hong Kong. I reenlisted for another 4 years and I was stationed at AFSOUTH Allied Forces Southern Europe (N.A.T.O.) in Naples, Italy (1979-1983) worked in the Protocol/Visitors Bureau. We visited many places in Europe. While in Italy we visited the Royal Palace in Naples & Caserta, Mt. Vesuvius, Pompeii, Herculaneum, Rome, Florence and Venice. Also visited Vienna & Salzburg, Austria; Munich, Germany and Geneva, Switzerland.

Once out of the Navy I worked for my father who was a Tax Accountant and I his Bookkeeper. His office at that time was on Ventura Blvd near Fallbrook Ave in Woodland Hills near Bobby's Coffee Shop. May 1983 t0 April 2006 when my father closed his business.

I went to CSUN, California State University at Northridge, where in 1994 I graduated with a Bachelor in Science degree in History. I took several clients doing their bookkeeping from April 2006 to February 2020. I also worked at several different places since my bookkeeping business financially was not enough. My last job was at Bay Saw & Tool Repair in which I started March 2017 to February 2020. I was the bookkeeper and on site manager. I have not been fired or laid off and they want me back since the owner liked my work and realized how much I knew when I was not there due to my lower back infection.

September 14, 2001 I had a stroke and spent 2 days in ICU and 3 days in a regular room in the hospital going through physical and occupational therapy.  I'm back to normal except having to take medication for the rest of my  life.

September 4, 2008 I had Open Heart Surgery (Quadruple ByPass).  The angiogram done on September 2, 2008 showed I had 2 blocked arteries plus 2 others between 80-90% blocked and they took four veins out of my left leg.  I was told I was a walking time bomb and could have had a heart attack anytime.  I was in ICU for 4 days and spent one week in rehabilitation.  I was in the hospital for 3 weeks (August 29-September 18, 2008) and I am taking more medication for the rest of my life.

March 21, 2013 I had a serious motorcycle accident and ended up in the ER and then ICU for 2 days and 1 day in a regular room.  I had no broken bones but my motorcycle was ruined.  I had hit a preventive curb which prevented me from changing lanes at the last moment to get off or on ramp in Northern California. No more motorcycles for me.  I have no transportation at this time.  I totaled my car on April 24, 2010. September 9, 2014 I bought a 2002 Saturn Vue. Love it since I will be going camping with Storm a lot.

April 24, 2013 Angie and I separated so we both could deal with certain problems and issues that we needed to deal with and resolve on our own. We moved in with each other too soon. I moved to Carson City, NV since someone offered me a room to live. It was a very hard  two years and 4 months for me because of many reasons. August 30, 2015 I moved back to the Bay Area in Northern California to be with Angelface/Storm for good.

My father had many min-strokes and passed away on September 1, 2007.  My mother in 2007 had an aneurysm stroke which left her permanently paralyzed on her left side and was put in a nursing home. She passed away on March 17, 2014 while I was in Carson City, NV. I made sure my first ex and daughter visited her before she passed away.

​I've been married twice. First time, I met on a blind date on Jan 11, 1977, I was stationed on a ship in San Diego. I think I proposed to her in July of that year and September went on a WESTPAC where I spent over 7 months overseas in the Orient. Married on July 22, 1978 in a Catholic Church near her parent and she was half Portuguese. We lived in El Cajon then I reenlisted and drove across country to have my car shipped from Philadelphia to be shipped to Naples, Italy. We lived in Naples while I was in the Navy. We moved back to Canoga Park and lived in an apartment across from Lanark Park. Not the best place to live but it was a place to live. We adopted our daughter and my ex wife was in the room with the birth parents when she was born.  We eventually moved to an apartment complex on Topanga Canyon Blvd across the street from Warner Center Park where we saw several free concerts. It was there we experienced the Northridge Earthquake and we had to move since our apartment building was yellow tagged. We moved into a house on Sherman Way across the street from West Hills Hospital. Lived there until I separated from my first wife in 2005 and when divorce was final I was married almost 27 years. My daughter went to St. Mel Catholic School (K-8) in Woodland Hills. She then went to El Camino Real  High School (9-12) where she graduated 2008 with Honors. I moved in with who would become my second wife.

My second wife was a 1/4 Japanese and 1/4 Filipina and the rest was a mess. We got married in February 2009 in Las Vegas. March 2010 we separated and divorced November 2010. Second marriage was one big mistake plus I HATE sushi. I hated myself for forcing myself to please her and it took its toil on me. I'm trying to forget about everything that happen in those 5 years with her. I got rid of all the pics I had of us since she love having pics taken of her and us.

​​​Friday, Feb 7 I left work feeling a pain in my lower back. Saturday & Sunday I was not able to get out of the bed on my own. Angie had to help me to get out of bed. On Monday I asked Angie to take the day off from work and take me to Urgent Care at the VA Martinez Outpatient.

Spent all day at Urgent Care and was sent to John Muir Concord Hospital. Come to find out where we ate for our birthdays caused me to have E. coli which turned to blood poison in my colon. Finally, it caused a heart and lower back infection. I had 2 MRIs and one CAT scan. They put a pic line in my left arm to give me antibiotics for my heart infection. They then decided to send me to a Rehab center to continue IV of antibiotics. That was on Feb. 22 to Vale Healthcare Center in San Pablo, CA. Where I stayed for 4 months during that time I had to go to VA Martinez for MRI. My infection doctor at VA ordered a MRI and come to find out my lower back infection had gotten worse and was in the bone so it meant more antibiotics. Since my pic line had been removed from my left arm. I had to have another pic line put in my right arm for antibiotics to be administer for lower back infection.

There were weekly blood checks in how the antibiotics were doing. The apartment we were living in with was on the second floor Angie found a first floor apartment in our small complex became available. She was able to move to the first floor with the help of her 2 younger sons. The youngest lives with us.

My infection doctor at the VA Martinez wanted another MRI done. I was sent to John Muir Concord which sent me to John Muir Walnut Creek where I had a procedure done between L2 & L3 in my bone to check my lower back infection. They wanted me to use what they called HBO (Hyperbaric Oxygen) chamber. The hospital wanted to send me back to Vale but I didn’t want to go back. They couldn’t send me back since someone there got covid-19 so it was closed to anyone going there. They sent me to another Rehab, Bayview in Almeda. They administer more anti-biotics to me and took blood from me weekly to monitor the anti-biotics.

After a month my infection doctor ordered another MRI. This was on a Friday and by the time I got done she wanted me to be transferred to the VA Hospital in Palo Alto. It was to late so I had to wait for transport back to Bayview and spend the weekend there. I hated it there because of my roommates I had were not all there.

Monday, I went back to VA Martinez and when I got there they got me another transportation that took me to VA Hospital Palo Alto. While there they did a lot of test on me. They did a CAT Scan, PET Scan and another procedure on my back between L2 and L3. It came down that there was nothing going to get rid of the infection and I would have to live with it.

Aug. 22 I was sent to the VA Martinez Inpatient Care Unit where I was going to go through intense Occupational and Physical Therapy. I was released on Oct 22.  Once home I got occupational therapy for one month and physical therapy for 2 months. I spent a total of 8 1/2 months in 3 different hospitals, two private & VA and 3 different rehabilitation centers, two private & VA.

I’m waiting on VA to approve transportation for me to get outpatient physical therapy at VA Martinez so Angie doesn’t have to take me all the time. I was not approve for transportation since I made too much money. What upsets me they only considered income and no expense. I get Social Security and State Disability Insurance.

Jan 16th, 2021 we celebrated 10 years of knowing each other and 5 years of being engaged. We have no idea when we will get married. Imagine staying at home sitting in a wheelchair due to my situation and try to figure out things to do to take up time.

I'm writing my life story in full detail at duanewilliams.webador.com It is more detailed and a lot more pics plus the truth about my second marriage which was a big mistake. I'm also a member of the Neptune Society neptune-society.com 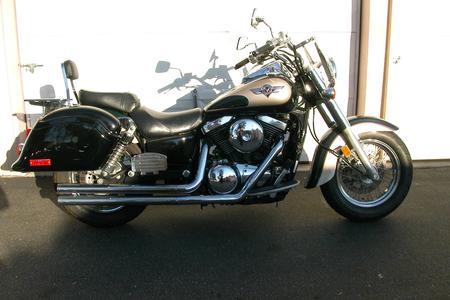 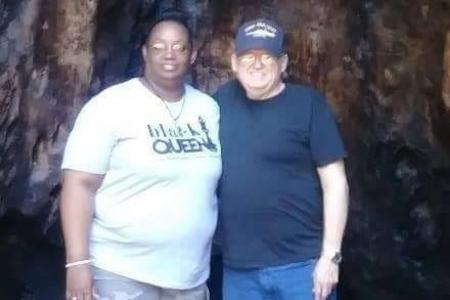 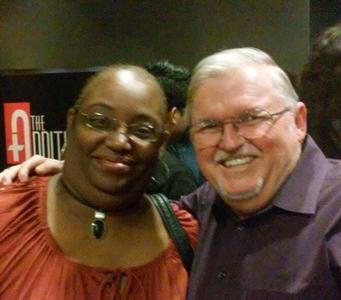 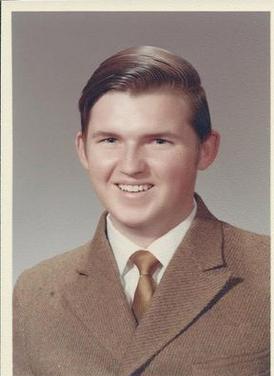 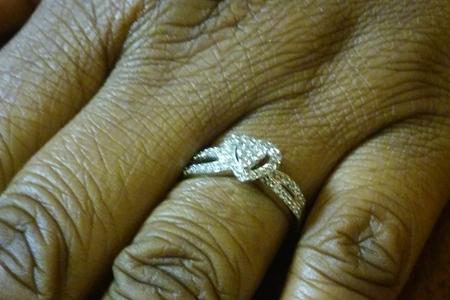 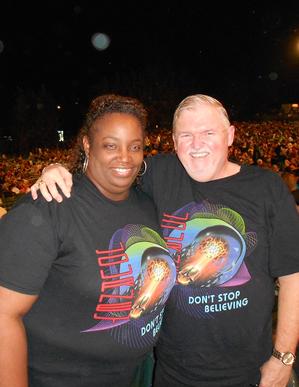 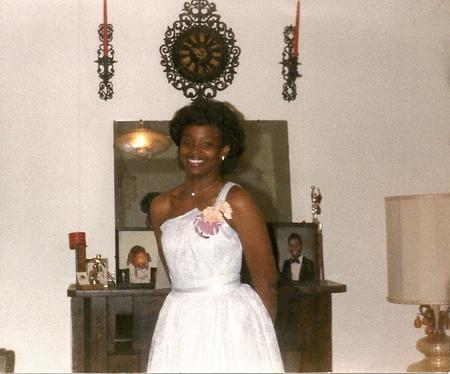 ​Latest Pic Of Angelface/Storm And I At A Brian McKnight Concert At The Addition In San Francisco December 2014.

​January 16, 2016
I proposed to Angelface/Storm
on our 5th Anniversary of when we met on an online dating web site.